spreading the word of all voices 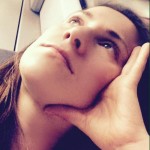 London is one of the most diverse cities in the world. 55% of residents are from backgrounds other than White British. In many boroughs, the majority of residents are from BAME backgrounds, such as Newham (83%), Brent (82%) and Ealing (70%). Huge wealth coexists alongside immense poverty, such as in Aldgate, where city skyscrapers nudge poor housing estates. The proportion of people identifying as LGBTQ is 2.5%, compared to 1.7% in the rest of the UK. There are some stories in those streets.

Yet we don’t often hear them. The publishing industry is still dominated by white, middle-class men, as it has been for years. There are multiple barriers for writers from underprivileged and diverse backgrounds to having the time and space to write and get their stories heard. This means that most writing reflects a narrow, and largely privileged, selection of views and experiences.

Things are shifting, but it will take considerable investment and commitment to change the systemic barriers that have existed for decades. If we want to bring the stories of our city to the world, we have to dismantle some of the structures that stop them from being heard.

Spread The Word is London’s Writer Development agency, and they are committed to championing diverse voices and supporting underrepresented writers to develop their craft and career, from early stages to publication. Research conducted by the organisation found that only a fraction of publishers and agents believe that there is any diversity in publishing. For example, white authors are much more likely to have an agent than BAME authors.

Their work focuses on some of the most underrepresented groups in our city. Last year 51% of participants to their workshops were from BAME backgrounds, and 27% identified as disabled. They run numerous free and low-cost events in the most underprivileged boroughs, and Â 31% identified as marginalised socio-economic background. 15% identify as LGBTQ.

As Ruth Harrison, director, explains Spread the Word’s work is focused on taking down the barriers that writers from diverse and marginalised backgrounds face in getting their stories read and voices heard. This is vital as stories and creative writing matter – they change the conversations that people have. They impact on the society we live in and the culture we share. They open up people’s imaginations, ambitions, aspirations, and knowledge.’

Stories are powerful. But they can only be so when they are given the space to be heard. London’s writer scene is vibrant and vital, just like the city it operates in. It’s why, as a publishing platform for writers of all backgrounds, New London Writers takes a cross-cultural, and open-ended approach to getting your words out there. When writers are able to share their writing through a publishing structure that supports the growth and emergence of dynamic new work, then it will truly reflect our great city.

Never happier than when in a library or clutching a notebook, Francesca Baker is a writer, reader and word lover. As Virginia Woolf said ‘my head is a hive of words that won’t settle.’ So she puts them to use, exploring the world and then writing about it. Passionate about creativity, communication and connection, she uses words herself and with others through story writing, journalism and workshops. Armed with pencils, coffee, headphones and a spring in her step, she likes to explore and scribble her way through life.

6 thoughts on “spreading the word of all voices”