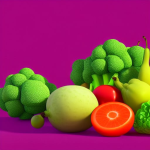 Very over the top, extremely brutal and as French as a Johnny Hallyday calendar – here’s a rerelease for the gonzo crime thriller from 1997, directed by Jan Kounen and adapted from the pulp policier series by Joël Houssin. The hyperactive pop video aesthetic has dated a bit, and the crash zooms and the extreme close-ups are tiring, but there’s no doubting the ultraviolent, ultratasteless energy of it all: the movie gives the finger to all those arthouse wimps who might be thinking about wrinkling their noses and objecting to this film.

Romain Duris plays a gangster who takes a shit in the street and actually wipes his arse with a page from the esteemed film magazine Cahiers du Cinéma (an editorial from the distinguished critic Serge Toubiana, as it happens, entitled, ironically, “Les auteurs sont dans le bain”.) A lithe young Vincent Cassel plays Dobermann, a fearless bank robber who takes down financial institutions with his lairy crew, chief among them Dobermann’s deaf girlfriend Nat (Monica Bellucci). On his case is the psychopathic cop Cristini, played with genuine menace by Tchéky Karyo, and there’s a brief acting role for Gaspar Noé as a guy who works at a fast food stand and witnesses a gruesome act of misogynistic violence. Continue reading… lizziesnoopes.com
http://dlvr.it/SQ9c7N